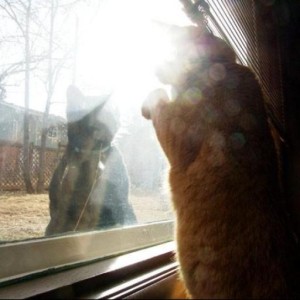 Two days done and it couldn’t have gone better.  The weather has held wonderfully, none of the heavy storms or freezing temperatures that were predicted.  Instead, some sun, some clouds and around one hundred satisfied campers.

Day 1 began with Sockeye arriving early to set up and warm up before the numbers started streaming in.  The 10 am start time got pushed to 10:30 as we were told Russians take Ultimate time very seriously, and before we knew it Skip was leading a group jog and plyo warm-up.   For the duration, campers were divided into four groups, three levels of coed and a medium men only group.  We split into four stations for the morning and had each group for a bit over a half hour to work various specific skills.  Idaho and I were off in a corner the first day teaching ready-position for throwing and the idea of pivoting off a catch to move the marker and open up inside-out looks.  Ben and Talbot, meanwhile, were putting people through the paces with 20 second stints of marking without a throw, working on positioning, stance and reaction time. After a light Russian lunch of noodles, pork cutlets, salad and soup at the fields, we moved into an afternoon Hollywood squares warm-up and an extended session with one group of team defensive concepts.  The squares was fascinating to watch and teach as the concepts of defensive and offensive footwork, while very simple, are something that most players never think of.  Watching people think it through and then click on the reasons was at times amazing.  From there, we took those steps to defensive concepts from straight up man, to deep help, to learning how far you should chase your man in and ran sets of  2v2 to 5v5 with specific defensive goals on each point.  Sam and I ran the top coed group and kept it low key and info packed as possible while trying not to be distracted by the screams of Ben and BJ on adjacent fields.

After a stretch, the day was done and Sockeye was exhausted.  Dinner near-by followed, before home to bed to finish our recovery from the travel out here. Sunday dawned colder and cloudy but still not offering up the storm clouds we’d expected.  The morning warm-up was given to Idaho and a more active plyo routine.  We then took our crew off to the corner to work on his specialty: throwing without a pivot and changing release points in reaction to the marker.

After lunch came the introduction of Mini-Mini to Russian soil.  Demo’d by Sockeye, we quickly started to work Toly and some of the national team members into the game before explaining it to everyone and sending them out to eight pre-made fields to try their hand.  Fast paced, encouraging mistakes and crazy throws, it’s a game perfectly tailored to BJ and readily embraced by all. The afternoon dialed back the crazy and focused on offensive cutting downfield.  After receiving intelligence that players had trouble clearing after cuts and timing cuts to stay out of each others way, we tailored a drill with a stack and a non-throwing thrower, timing series of cuts to pump fakes eventually resulting in a throw downfield.  From there we moved to an endzone demonstration, three on three with an isolation cutter, before breaking back into groups and running it live.

Next up, Showcase game 1.